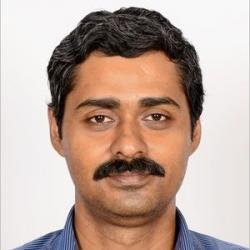 Dr. Malay Bhattacharyya is currently an Assistant Professor at the Machine Intelligence Unit of Indian Statistical Institute, Kolkata. He has completed his PhD in Computer Science from Indian Statistical Institute, Kolkata in 2014. He is a certified Design Thinker from MIT Sloan School of Management. He has about 6 years of teaching and 10 years of research experience. He worked at Indian Institute of Engineering Science and Technology, Shibpur (2014-18), University of Kalyani (2012-14), and Indian Institute of Science, Bangalore (2014) earlier. He received the Young Scientist Award from ISCA (2013-14), became a Sir Visvesvaraya Young Faculty Research Fellow (2015-16), received the Young Engineers Award from IEI (2016-17), received the Young Engineer Award from INAE (2018), and won several best paper and best reviewer awards. He visited Stanford University, USA and University of Ljubljana, Slovenia for academic purposes. He is a member of IEEE, ACM and AAAI.